Eastern Greene has not been know for its softball program but new coach Tom Bell is aiming to change that. He is also thrilled to be coaching again.

“Had the opportunity to come here and we are excited,” Bell said. “Can basically pour into students with what little knowledge that we have and let them get better. Traditionally this program has not had a lot of success the last six years. I think their record is 1-58. There is a real good core and what we want to do is provide them an opportunity to succeed.”

So what brings a division I athletic director out of retirement?

“They called me,” Bell said on Eastern Greene.

Bell has help in assistant coach Phil Uphold who has followed all the players as they have gone through the program. Laurie serves as a volunteer assistant.

“It just really helps having a staff that’s really flexible and able to balance both of our sports,” Vaught said on playing multiple sports for the T-Birds.

Despite the loss of the 2020 season due to COVID-19, Tarr feels she should not be rusty at softball this year due to training on her own during the pandemic. At one point last year, it was unknown if COVID-19 would cancel the 2021 season as well.

“I did drills at home personally because I was hoping to come back for the senior season,”

The T-Birds, like most teams in the state, are young as Bell hopes to prepare seven freshmen for varsity action.

“Our success is not going to measured in wins and losses. It will be measured in the individual improvement in each student that we have,” Bell said. “We are carrying seven freshmen. We are just coaching them on simple basics.” 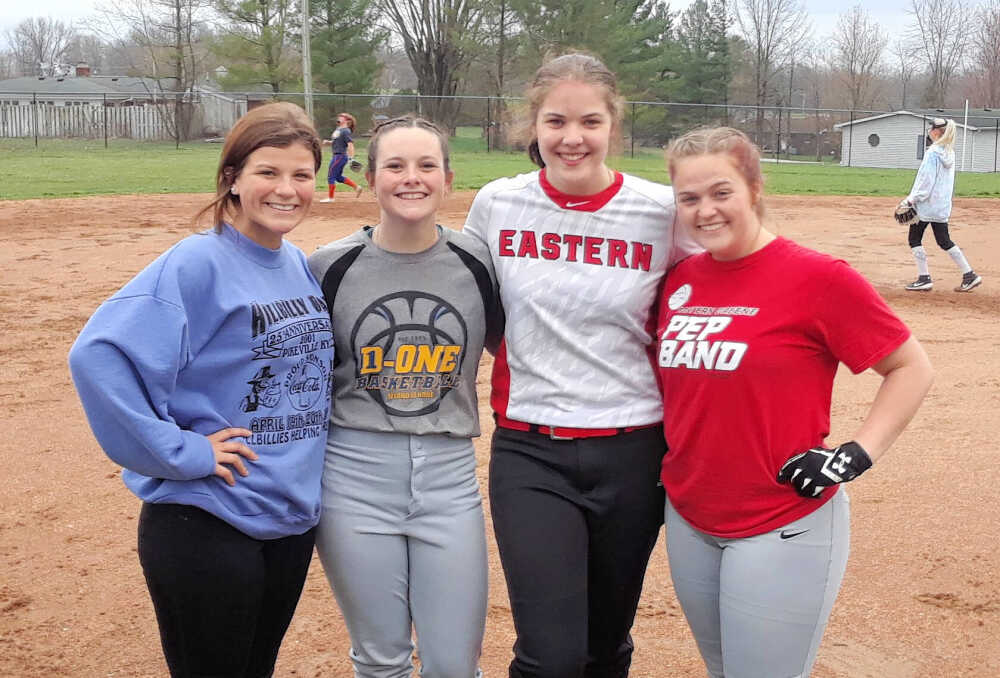