For Eastern Greene baseball coach Wesley Arthur, playing Owen Valley in the coming week will be a somber moment. Arthur, who played for Owen Valley, was excited to play against his coaching counterpart at Owen Valley in Ryan Wilcoxen. The two had coached together on a travel baseball team.

“Coached against each other when he was at Brown County and I was at Owen Valley,” Arthur said.

Wilcoxen tragically suffered a brain bleed in February and passed away. For Arthur, who played at Owen Valley, it was difficult as he and Wilcoxen were excited for the two schools to play each other on April 5.

“We were really excited about that. It’s going to be a little different of an experience when we go down there on April 5,” Arthur said.

Arthur was hired prior to the 2020 season but this will be his first year coaching the Thunderbirds.

“When the job came open it was not something, I could say no to if given the opportunity,” Arthur said.

Arthur inherits the task of building Eastern Greene’s program up. The two seniors in Bryce Tieman and Ty Rollins have been witnesses to a program that has struggled to maintain its coach.

“I appreciate the hard work that the new coaches have been putting in,” Tieman said. “In four years, I have had three different coaches.”

Rollins was the leading rusher on the football team and will join the Marine Corps after graduation.

Tieman plans to study law school at Louisiana State University. For Tieman, the mental aspect of baseball is his favorite.

“The mental awareness of baseball is my favorite. You have to be on it mentally,” Tieman said.

The T-Birds will be relying on the seniors to bring the underclassmen up to speed as freshmen and sophomores make the majority of the team.

“We are going to rely on our upperclassmen to show the underclassmen the way,” Arthur said. “We essentially got two classes of freshmen. We are not the only program dealing with that.”

For Eastern Greene, the goal is not about wins and losses as much as it is about improvement.

“We want to finish better at the end than where we started,” Arthur said. 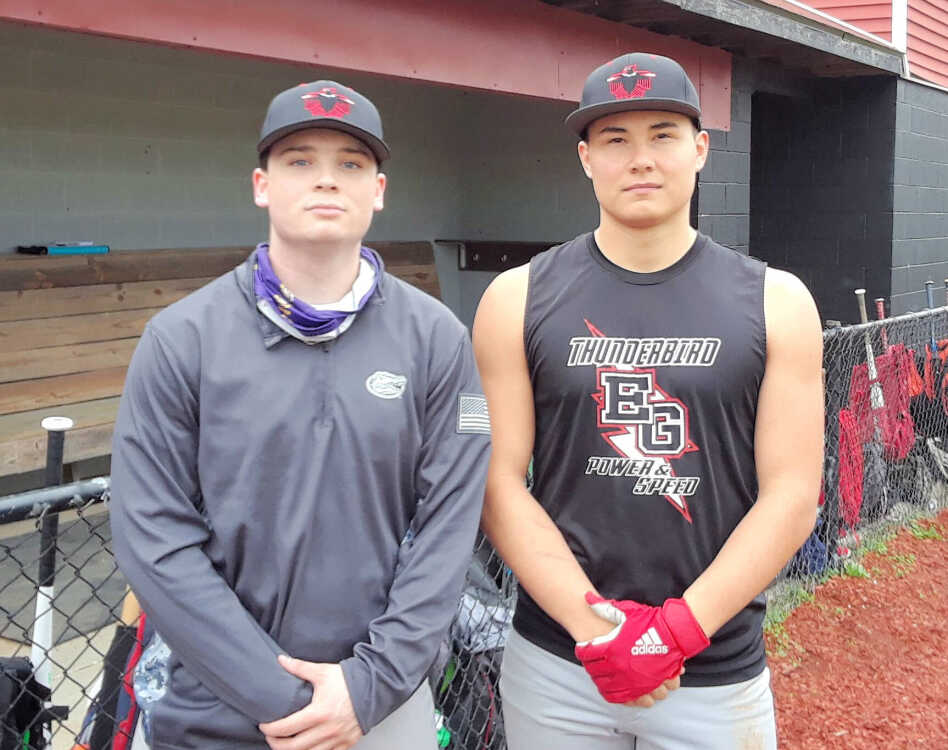